See you at the Elmwood Festival of the Arts! 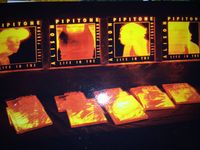 Good Time Charlene plays for the Hamburg Music Festival. Wristbands are $15 - admission gets you into 20+ venues and 50+ bands throughout the Village of Hamburg.

The Struggle Is Real: Our Favorite Albums

The fine peeps from The Struggle Is Real Podcast invited Alison to perform songs from the album Retrodyne. Alison's first time at Revolution Gallery! $10 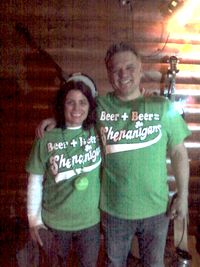 Save the date! More information soon.

See you at Larkinville!

“Pipitone's lack of pretense has helped endear and ex-alt her as an unassuming activist – case in point, her most recent music video, in which she is cast as the slightly scandalous lust interest of the girl next door in the song, “Roller Derby Queen.” She is a longtime supporter of PCWNY and their mission to work with the community to make Western New York a safe, healthy, and satisfying place for lesbians, gay men, bisexuals, and transgender people to live, work, and establish their families.”

“Alison Pipitone is on her way to becoming a star. She sings with charm, vim, and vitriol; lightning in a bottle, basically. She's a top-flight songwriter with a wicked vocal left-hook and serious attitude.”

“Review of "Tigerbabies"- Look, all the praise heaped on Pipitone in this review won't do a thing to make her rich or famous. But if you, the reader, are tired of hearing boring music, want something that will get your blood moving, want some real rock 'n' roll that will get your feet demanding access to a dance floor, you couldn't do much better than Alison Pipitone. ”

“The most important thing to know is that Pipitone writes beautiful melodies, hook-laden little gems that nestle in your head and don't leave. She's got a smooth voice that, like her songs, still has an edge to it, a bit of bourbon-and-Marlboro-tinged razor wire that cuts right to the heart of a song. ”

“Alison Pipitone is the high priestess of the local rock scene. She has set the standard with her live performances, her ample recording oeuvre and as the winner of numerous Buffalo Music Awards and other recognitions. She has consistently released outstanding recordings including her latest effort Me and Miss Grimes.”

“Pipitone just gets it. She knows how to grab a crowd's attention; with her guitar - standing, sliding, strutting and strumming - she stands out as the center of the universe. And yet, when she opens her mouth, her words make her a truly relatable performer. She's not just entertaining, but poignant and relevant. Love, loss, loneliness: Pipitone understands human nature. Her current album, "Me and Miss Grimes," is filled with delightfully up-tempo, heart-wrenching numbers that you'll love dancing to (as you cut that "special someone" out of all your pictures). In the pantheon of great things about Western New York - Niagara Falls, chicken wings, Mighty Taco, neighborly kindness - Pipitone is right up there. Without her, that local concert experience just wouldn't be the same. We might not have an indoor pool, a barbecue, a solarium, an aquarium, or a petting zoo. But, we do have jokes, some beer, a radio and imagination ... and we adore Pipitone.”

Elmwood Festival of the Arts, Buffalo

The Struggle Is Real: Our Favorite Albums @ Revolution Gallery, Buffalo

The AP Collective :) @ The Cave, Buffalo